Ethiopia is one of the oldest countries in the world, tracing its history back thousands of years. Over the last century war, famine, and disease have ravaged the country. 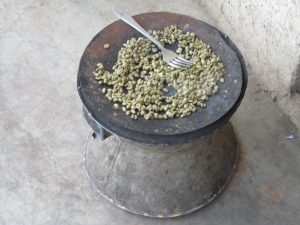 Despite these many hardships, the people of Ethiopia remain joyful, friendly, and industrious. 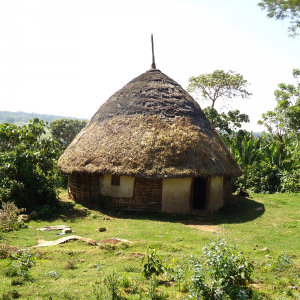 Ethiopia is a beautiful country in eastern Africa. Its roots go back before Solomon fell in love with the Queen of Sheba. The people are happy and kind, the countryside is beautiful and varied, the culture complex and fascinating.

Modern Ethiopia began to develop under the reign Emperor Menelik II in 1896. During his time in power Ethiopia’s borders were expanded by conquest. Following Menelik’s death his daughter ascended to the throne in 1917. When the empress died in 1930, Menelik’s cousin Tafari was crowned Emperor Haile Selassie I. 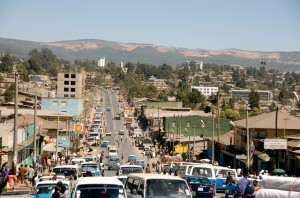 Haile Selassie believed himself to be the Messiah and referred to himself as the “Lion of Judah”. During his early reign he outlawed slavery and attempted to united his realm which had become quite scattered. In 1931 he created a constitution which called for a parliament with an appointed senate, however basic power remained with the emperor.

Fascist Italy invaded Ethiopia on Oct. 3, 1935 and Haile Selassie was forced into exile in May 1936. In 1941 British troops helped to force out the Italians, and Selassie returned to the capital.

On Sept. 12, 1974 Ethiopia proclaimed itself a Socialist state. Haile Selassie was removed from power and the constitution was suspended. This was a military dictatorship called the Provisional Military Administrative Council (PMAC). Under PMAC, also known as the Derg, the Ethiopian government fought against its own people. Thousands of political opponents were killed during this campaign called the “red terror”.

The Ethiopian People’s Revolutionary Democratic Front took control of the capital in 1991. That same year a guerrilla organization, the Eritrean People’s Liberation Front, took control of a province of Ethiopia known Eritrea. These two groups agreed that Eritrea should have a vote for independence. This election took place in April 1993 and in an almost unanimous vote Eritrea gained its independence. While Ethiopia almost immediately recognized Eritrea’s independence they continued to disagree about the exact location of their borders. In May 1998 Eritrea initiated a border clash that quickly developed into a full-scale war that left more than 80,000 dead. The war wreaked havoc on both countries’ failing economies. A formal peace agreement was signed in Dec. 2000 after a devastating two-year war.

Over the years Ethiopia has suffered repeated droughts and severe famine. In an effort to address its prolonged food shortages Ethiopia began relocating 2 million farmers in 2003. The idea was that if they moved from the parched highland to the fertile areas in the west they would be able to grow plenty of food. This became on of the largest relocation program in African history. However, it has turned into a disaster. Those who were relocated are largely still unable to support themselves, and the fertile regions where they have been resettled are infested malaria.

For more information on Ethiopia’s history, culture and geography: